Stand your Ground = Rivers of Blood 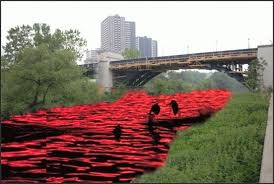 The so-called "Stand Your Ground" laws--which really mean "Fat White Men's Open Season on Minorities"--were sold by the NRA as a deterrent to crime.

So, researchers at Texas A&M looked at the laws to see how much crime was prevented.  Their results:


Results indicate that the prospect of facing additional self-defense does not deter crime. Specifically, we find no evidence of deterrence effects on burglary, robbery, or aggravated assault. Moreover, our estimates are sufficiently precise as to rule out meaningful deterrence effects.

In contrast, we find significant evidence that the laws increase homicides.

Suggestive but inconclusive evidence indicates that castle doctrine laws increase the narrowly defined category of justifiable homicides by private citizens by 17 to 50 percent, which translates into as many as 50 additional justifiable homicides per year nationally due to castle doctrine. More significantly, we find the laws increase murder and manslaughter by a statistically significant 7 to 9 percent, which translates into an additional 500 to 700 homicides per year nationally across the states that adopted castle doctrine.
Thus, by lowering the expected costs associated with using lethal force, castle doctrine laws induce more of it. This increase in homicides could be due either to the increased use of lethal force in self-defense situations, or to the escalation of violence in otherwise non-lethal conflicts. We suspect that self-defense situations are unlikely to explain all of the increase, as we also find that murder alone is increased by a statistically significant 6 to 11 percent.

Of course, the Tampa Bay Times did a survey on the Shoot Black People "Stand Your Ground Laws" and found:


The number of cases is increasing, largely because defense attorneys are using "stand your ground" in ways state legislators never envisioned. The defense has been invoked in dozens of cases with minor or no injuries. It has also been used by a self-described "vampire" in Pinellas County, a Miami man arrested with a single marijuana cigarette, a Fort Myers homeowner who shot a bear and a West Palm Beach jogger who beat a Jack Russell terrier.
• People often go free under "stand your ground" in cases that seem to make a mockery of what lawmakers intended. One man killed two unarmed people and walked out of jail. Another shot a man as he lay on the ground. Others went free after shooting their victims in the back. In nearly a third of the cases the Times analyzed, defendants initiated the fight, shot an unarmed person or pursued their victim — and still went free.
• Similar cases can have opposite outcomes. Depending on who decided their cases, some drug dealers claiming self-defense have gone to prison while others have been set free. The same holds true for killers who left a fight, only to arm themselves and return. Shoot someone from your doorway? Fire on a fleeing burglar? Your case can swing on different interpretations of the law by prosecutors, judge or jury.