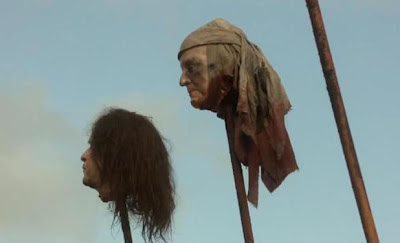 Since one of the interests of this blog is capital punishment...

According to this, it seems that the makers of Game of Thrones have apologised for showing a head on a spike that was similar to that of George Bush (AKA Dubya).
Looking at the picture, I'm not so sure about that.  Maybe it's wishful thinking on somebody's part.
Personally, I think brutal punishments as deterrence are much better than an armed populace for keeping people on the straight and narrow.  Sticking people in prison isn't as much of a punishment as a head on a pole, or putting someone on a gibbet.
*************************

I trust Laci won't object to me adding this image of parallel photos for comparison above, so people can draw their own conclusions. 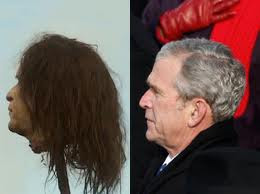