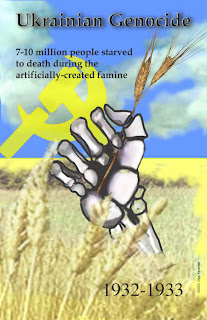 No, Crunchy, not all Genocide (or Democide) is caused by armed governmental thugs:


The Holodomor (Ukrainian: Голодомор, 'Морити голодом', literal translation Killing by hunger) was a man-made famine in the Ukrainian SSR between 1932 and 1933. During the famine, which is also known as the "terror-famine in Ukraine" and "famine-genocide in Ukraine", millions of Ukrainians died of starvation in a peacetime catastrophe unprecedented in the history of Ukraine.

Early estimates of the death toll by scholars and government officials varied greatly; anywhere from 1.8 to 12 million ethnic Ukrainians were said to have been killed as a result of the famine. Recent research has since narrowed the estimates to between 2.4 and 7.5 million. The exact number of deaths is hard to determine, due to a lack of records, but the number increases significantly when the deaths inside heavily Ukrainian-populated Kuban are included. The demographic deficit caused by unborn or unrecorded births is said to be as high as 6 million. Older estimates are still often cited in political commentary. 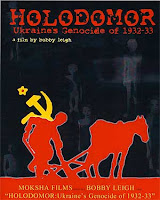 Scholars disagree on the relative importance of natural factors and bad economic policies as causes of the famine and the degree to which the destruction of the Ukrainian peasantry was premeditated on the part of Joseph Stalin.Scholars and politicians using the word Holodomor emphasize the man-made aspects of the famine, arguing that it was genocide; some consider the resultant loss of life comparable to the Holocaust. They argue that the Soviet policies were an attack on the rise of Ukrainian nationalism and therefore fall under the legal definition of genocide. Other scholars argue that the Holodomor was a consequence of the economic problems associated with radical economic changes implemented during the period of Soviet industrialization.