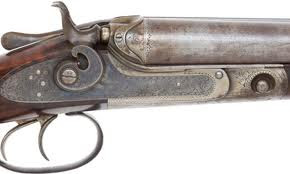 
A shotgun that once belonged to Western sharpshooter and entertainer Annie Oakley sold for more than $143,000 at an auction in Dallas on Sunday.

The trove of about 100 of the icon’s items headlining Heritage Auctions’ “Legends of the Wild West’’ event brought in nearly $520,000, according to the auction house.

The items included several guns, her Stetson hat, photographs and letters. Oakley’s great-grandnieces put up the items and had inherited them from their mother, who died in 2009.

What's your opinion? Is it healthy and normal to elevate historical guns to these heights? Do you think this goes beyond the usual interest in collectables?

Please leave a comment.
Posted by Unknown at 8:57 AM