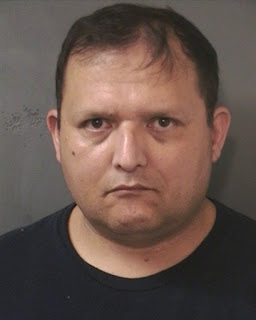 We wrote about this guy before. Naturally the gun-rights crowd was on his side, until the conviction that is.  Now, they'll write him off as just another nut, an inevitable little bit of collateral damage in a system of freedom and rights.


A Texas man who claimed the state's version of a stand-your-ground law allowed him to fatally shoot a neighbor after an argument about a party has been convicted of murder.

A jury convicted 47-year-old Raul Rodriguez Wednesday in Houston in the death of 36-year-old Kelly Danaher. He faces up to life in prison.

Rodriguez, who videotaped the incident, can be heard on the recording saying he feared for his life and was standing his ground.

Prosecutors called Rodriguez the aggressor who took a gun when he went to complain about Danaher's party in 2010.

This is a guy that was so convinced of his "rights" that he videotaped the incident and actually thought it would exonerate him. It's pathetic. And his more intelligent heroes who write all those eloquent arguments on blogs are the first to disown him when he acts stupidly.

The problem is there are a million Raul Rodriguezes out there. And the pro-gun movement on the internet is responsible for encouraging their bad behavior.

What's your opinion?  Please leave a comment.
Posted by Unknown at 8:12 AM