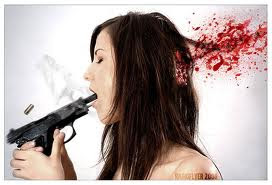 Rural Americans between the ages of 10 and 24 are twice as likely as their urban counterparts to commit suicide. And while youth suicides have declined across the country in recent years, suicide rates in sparsely populated areas have remained steady. While it is hard to pinpoint the reasons for this disparity -- access to mental health treatments is a major contributor -- one reason may be tied to gun culture.

According to a recently published survey of Midwestern mental health clinicians, one of the challenges rural therapists face is telling parents of troubled youths to lock up their guns. The Midwestern counselors in the survey "agreed that nearly everyone owned and used guns," and said that in a lot of their clients' homes, guns were so commonplace that they became "part of the furniture."

Engaging caregivers is an essential component of service for at-risk youth. Engagement has been described as specific behaviours (e.g. treatment participation) and attitudes (e.g. therapeutic alliance). Although best practices for working with suicidal youth includes involving parents in the assessment and crisis plan, there has been almost no research on the process that clinicians in outpatient settings use to engage parents of youth who exhibit risk for suicide. The purpose of this study was to document how clinicians in outpatient mental-health settings engaged parents following a youth suicide assessment. Twenty-four clinicians from the rural Midwestern USA took part in two focus groups to discuss typical interactions with parents following a suicide assessment. Analyses suggested that clinicians' engagement with parents included five major elements: (i) presenting difficult information; (ii) responding to parents' reactions; (iii) joining with parents; (iv) moving the parents towards concrete actions; and (v) addressing rural gun culture. The results are discussed within the context of Staudt's conceptual framework of engagement with caregivers of at-risk children. Implications for practice and research are discussed.

Although improvement seems unlikely,  the study is still interesting because it supports the long-held gun-control axiom that says guns in the home result in more suicides.

What's your opinion?  Please leave a comment.
Posted by Unknown at 7:43 AM