More on the Zimmerman Perjury Case 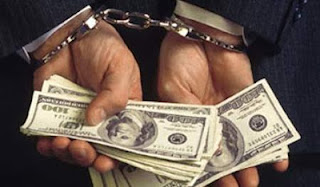 George Zimmerman's attorney has tried to spin the perjury of his client's wife in court, during which Zimmerman did not correct her, and in fact had cooperated WITH her to move money. They were not 'confused'; they knew exactly what they were doing, as evident from the facts.

Additionally he is claiming that his clients were afraid.
I can believe that they are afraid; they should be. They did something bad, first George, and now his wife. 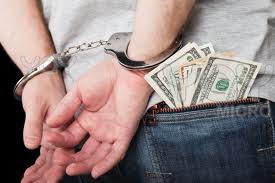 Too bad they show no concern about the fear and harm they caused others.
I found this excerpt from the expanded coverage of the breaking news from yesterday to be significant, as it appears to be much more than an 'innocent mistake' or a 'simple misunderstanding'. These are calculated and deliberately deceptive acts.
I can only speculate that there will be further trouble over the issue of how two passports were obtained, and that only one was ever made known to the courts, much less turned in.  Mrs. Zimmerman appears to have been complicit in that series of events as well.  Two handcuffed peas in a pod, well, not quite the same pod - for now only one of them is in jail.  I wonder if they will use some of the donated money to defend her perjury?  I wonder if that was the money she used for HER bail.

From the STrib and the AP:


Records show that in the days before the bond hearing, Shellie Zimmerman transferred $74,000 in eight smaller amounts ranging from $7,500 to $9,990, from her husband's credit union account to hers, according to an arrest affidavit. It also shows that $47,000 was transferred from George Zimmerman's account to his sister's in the days before the bond hearing.
Four days after he was released on bond, Shellie Zimmerman transferred more than $85,500 from her account into her husband's account, the affidavit said. The affidavit also said jail call records show that George Zimmerman instructed her to "pay off all the bills," including an American Express and Sam's Club card.
A state attorney investigator met with credit union officials and learned she had control of transfers to and from her husband's account.
Jeffrey Neiman, a former federal prosecutor now in private practice, said cash transactions in excess of $10,000 usually trigger a reporting requirement by the bank to multiple government agencies — including the IRS.
"If Mrs. Zimmerman intentionally structured the financial transactions in a manner to keep the offense under $10,000, not only may she have committed perjury in the state case, but she also may have run afoul of several federal statutes and could face serious federal criminal charges," Neiman wrote in an email to The Associated Press.


He [Zimmerman] didn't perjure himself, but Lester said he knew his wife was lying. "Does your client get to sit there like a potted plant and lead the court down the primrose path? That's the issue," Lester said in revoking Zimmerman's bond. "He can't sit back and obtain the benefit of a lower bond based upon those material falsehoods."
He has another bond hearing set for June 29.
De la Rionda presented to the judge during the revocation hearing a partial transcript of telephone conversations Zimmerman had with his wife from jail, days before the original bond hearing.
Zimmerman and his wife discussed the amount of money raised from the website and Zimmerman spoke in code to tell his wife how to make fund transfers, according to the transcript. The code referred to amounts of "$15" in place of "$150,000."
In the arrest affidavit, they also spoke about small amounts when really, prosecutors said, they were referring in code to thousands of dollars that Shellie Zimmerman withdrew from her account to pay the bail bondsman.

THIS is the guy the right wants to stand behind for shooting an unarmed teen who was doing nothing wrong, nothing genuinely suspicious, when he was stalked and harassed and then killed? Shame on anyone who donated money to these dishonest people.
Posted by dog gone at 8:48 PM