Mark Benedetto Blames Delta Airlines for his own Ignorance 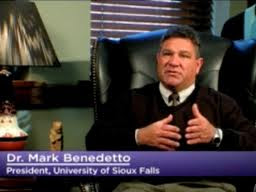 The president of the University of Sioux Falls is suing Delta Airlines over an incident last fall that ended with a night in a Queens, N.Y., jail.

Mark Benedetto was charged with unlawful possession of a firearm after a fall trip to New York City, and his lawsuit claims that Delta breached its duty to him as a customer by failing to inform him of the city’s restrictive gun laws.

The charge, which has been dropped and expunged from Benedetto’s record, came when a Delta employee reported him to law enforcement in New York.

If his complaint were that the City of New York acted in bad faith by locking him up for a night when it was clear he was just ignorant of the law, I could accept it, but blaming the airlines is not right.

He should be embarrassed about his incredible lack of knowledge, thinking he could bring a gun to New York, but rather than take responsibility for that, he's blaming the airline.

What's your opinion?  Please leave a comment.
Posted by Unknown at 8:30 AM